This is something that I’ve wanted to do since I was 14 years old. I remember printing out builds on Newegg and begging my mom for extra chores or to combine birthday and Christmas presents for years so I could get a computer (I don’t even remember what I wanted to play at the time).

Fast-forward about another 14 years later and I finally pulled the trigger and bought some parts to build my own.

The part selection process was pretty overwhelming. Of course there are plenty of guides out there, but the sheer amount of potential configurations had me often defaulting to the most recommended or tested parts out there. If there’s one piece of advice I’d give to someone who’s building their first PC, spend time researching why and what makes a good component, not too much on specific components. I think it’s much more important to understand what those numbers on parts mean to make educated choices, rather than honing in on particular parts without much reasoning behind why you may be purchasing them.

I ran into a bit of a snafu though - after putting my build together for the first time, I was 10 minutes into installing Windows and my machine just abruptly powered down and would not start up again. After spending literally 10 hours trying to diagnose by doing everything possible (breadboxing, testing all parts, resetting CMOS battery, fucking everything) I decided to send my motherboard and processor back to the manufacturers to get them tested and verified working. This took about a month.

After getting my same motherboard back “verified” and a brand new CPU, I tried the build again, but the same thing happened. Although I doubted it, I thought maybe it could be my power supply acting funny, so I followed the same RMA process with Seasonic. Of course this didn’t fix the issue, so I was kind of back at square one. I decided to once again send both my CPU and motherboard back, this time receiving both a new motherboard and a the same CPU (just verified working).

Once I got the new motherboard and everything set up again, it worked like a charm. Fucking MSI. I know it’s not entirely their fault (just mostly theirs), but I was assured the first time my motherboard came back “verified” it worked, so I was starting to second guess if I was doing something fundamentally wrong about assembling it all despite spending hours making sure I was doing things correctly. Not sure I’ll buy an MSI motherboard again in the future - not a good first impression but whatever. 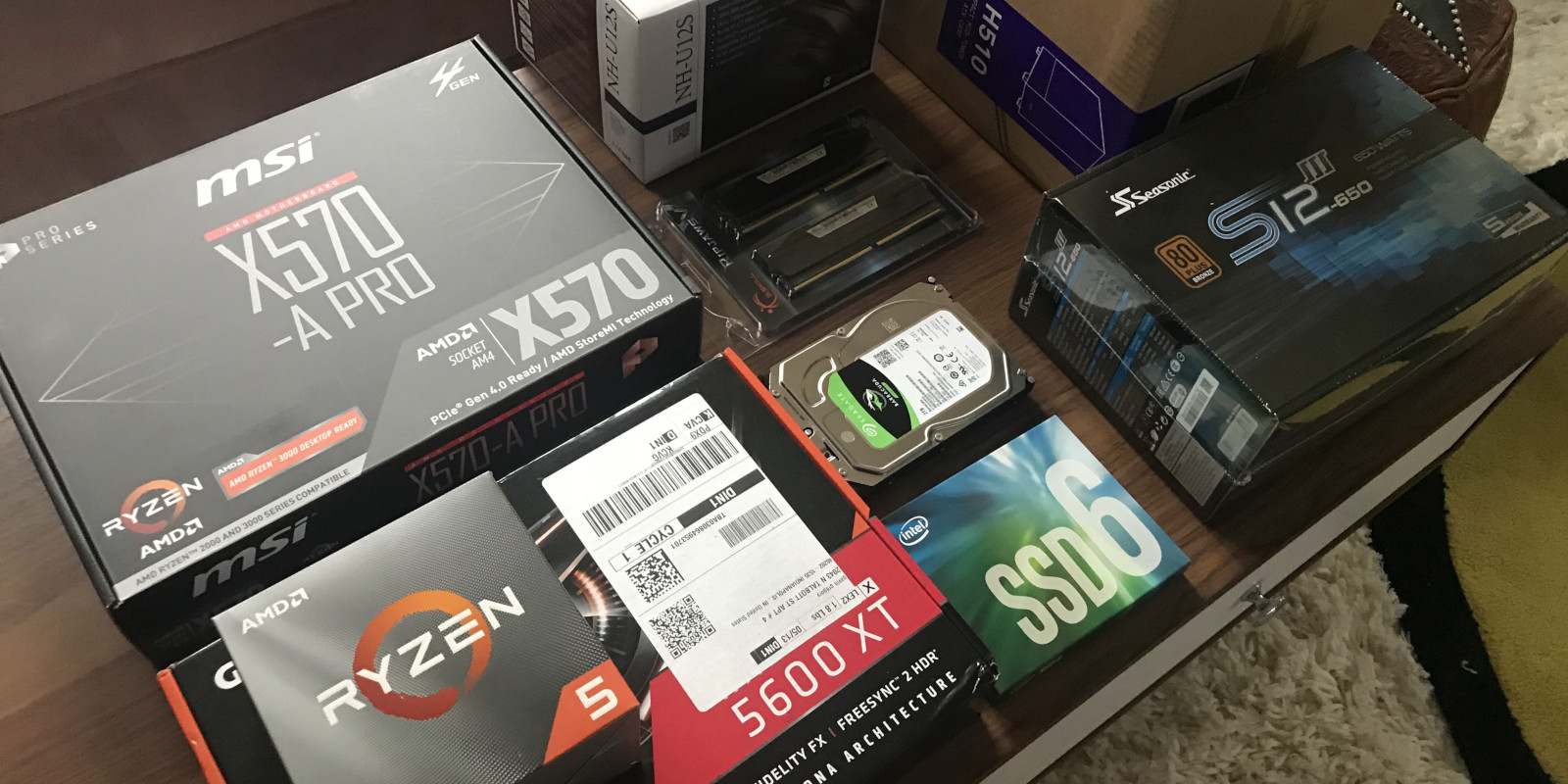 I’ve been playing a lot of Call of Duty: Warzone and Halo: Master Chief Collection (Halo is my all-time favorite game series and probably the one I’ve spent the most time on in my life) as well as finally geting able to play Death Stranding, which just got ported to PC a few months ago.

I’ll say, Death Stranding is one of the greatest immersive gaming experiences I’ve had in a long time. It’s so well done, I can’t believe I let some of the initial mediocre reviews sour my desire to play it. Sure, some of the cut scenes are long (but if you’re familiar with games Hideo Kojima has done in the past, most notable Metal Gear Solid, you’ll be no stranger to this) but the attention to detail, graphics, and sound (both effects and music) are something I haven’t experienced in years.

At this point I haven’t thought much about potential future upgrades other than liquid cooling (big heatsinks and fans are so fucking ugly) and some cosmetic stuff like nice LEDs or some cleaner looking cables. I’m able to run any game I’ve played at pretty much the highest settings, so I don’t think I’ll really be making many performance upgrades over the next year or two, just some superficial ones.

Here’s my build as of now (table embed via PC Parts Picker):

As far as monikers for online games, those are below.